La Sagrada Familia
Sagrada Familia – it is an unique temple, brilliant creation of architect Antonio Plácido Guillermo Gaudí, construction of which has lasted 134 past years on only parishioners’ offertory. In 2010, Pope Benedict XVI officially announced that temple is prepared for worships, despite the fact that the construction was not completed. Upon completion of building, the tallest temple tower – Tower of Jesus – will reach 170 meters in height. The government estimates that construction will be finished no earlier than 2026. 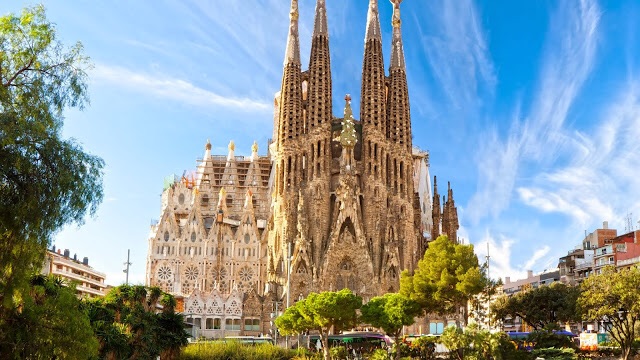 Parque Güell
Stunning garden city, stretched over the vast area of 17 hectares, is the most popular park in Barcelona, daily visited by thousands of tourists. Park Guell was created in 1900 by the genius architect Antoni Gaudí as a complex of green gardens and residential areas. Although due to some incidents of that time town wasn’t populated, it keeps to serve Spain in the role of magnificent and unusual attraction. 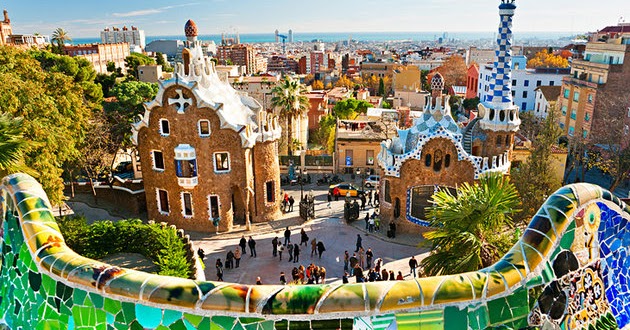 image – Barry Franc
Casa Battló
Casa Batllo – is one of the most unusual or even strange houses of Barcelona, architecture of wich doesn’t have any straight lines and symmetry. Oddly enough, the creator of this project is Placido Antonio Gaudi, creator of the most outstanding buildings of the city. The work of art was recreated from the usual house prepared for demolition and was immediately called as “House of Bones” – due to the complex decor and beams. Some historians believe that the architect got the inspiration from the surrounding nature. 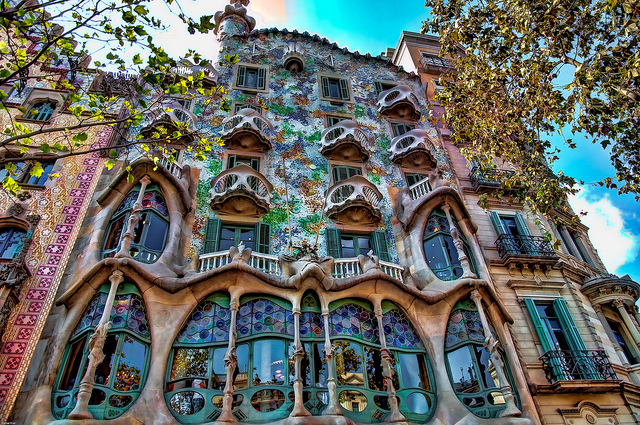